OUR FRONT YARD MAKE OVER 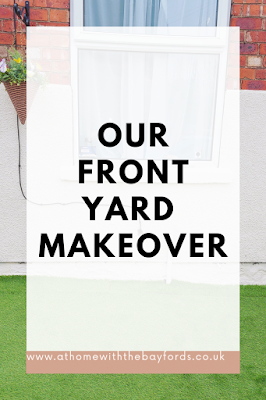 When we moved into our house, we knew we wanted to go something with our front garden. It's a great space and originally I had thought of us doing similar to my mum and having a built in planter. However during the first lockdown last year we got to know our neighbours ( socially distanced) and over time Blake has made quite a few friends. He plays out the front often with them and so it was decided that we would make the area child friendly. 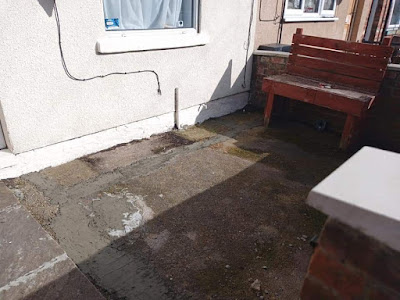 As you can see in the above before photo it was all concrete, which we felt wasn't really safe for kids to play on. We also had a bench left from the previous owners but wanted to get a new one with storage space. First things first Stuart painted the walls cream to match part of the house. It made a huge difference and really brightened up the area.
Then we looked at samples of fake grass and decided on what one we wanted. We also got the same for our backyard. Stuart laid it all for us and it wasn't too hard to do and much cheaper than getting someone else in to do it for us. 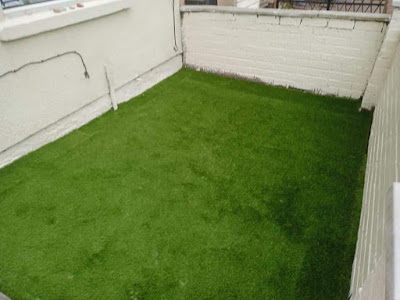 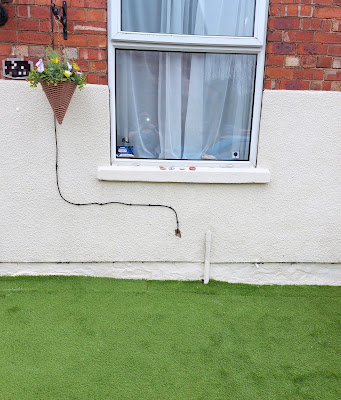 As you can see above the area looks so much better even before adding in a new bench and planters. It really stands out compared to how it use to look and gives our home more curb appeal. It's also a more safer and comfortable surface for the kids to play on.
The bench we got below is a Keter storage bench which we got off Amazon. Not only do the colours look great with the garden but it's handy to have that extra bit of storage. The space for storage is great and you can fit a fair bit inside. We added a padlock to it as well just as an extra security measure and the bench is secured to the wall with a chain too. 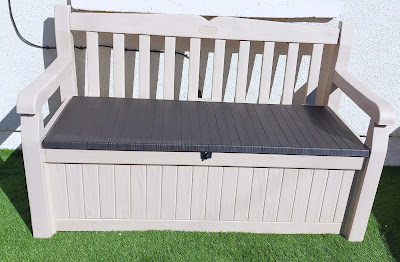 We have a few little planters also in the garden now. Stuart added some pots each side of the bench and we have a little planter against the wall with wild flowers in. But my favourite has to be the wishing well planter that I persuaded Stuart to get.
I spotted it on the aldi website but Stuart was unsure that it would fit and I told him we would make it fit so he picked one up in store. It wasn't too bad to put together and the kids loved pretend playing with it, making wishes etc until we got round to adding some wild flower seeds. It was a great price too at £25 as we saw a similar one at a garden centre for double the price. 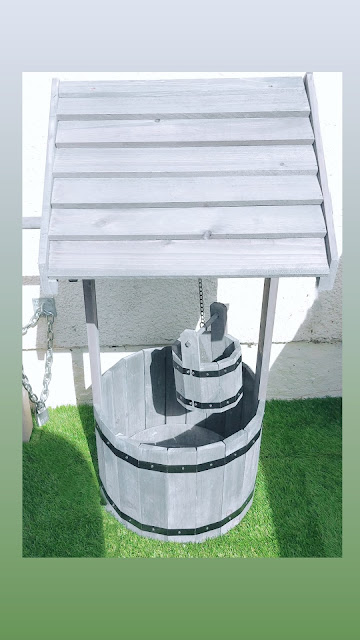 What do you think of our updated front yard? Is fake grass something you would consider?

Popular posts from this blog

5 WAYS TO WINTER PROOF YOUR HOME

September 29, 2021
The temperature over the past few days has really been starting to drop. Which means autumn is definitely here. This also means that it is time to start having a think about winter proofing your home ready for the colder months to come.  There are some great ways that you can winter proof your home to help keep your home cosy and warm and are easy to do too:
1 comment
Read more

July 08, 2021
Running a home can be hard work when you have children running around and making mess wherever they go however there are things you can do to help run your home more smoothly.  Designate a play area  We have half of our dining room a place for Blake to play. We have it set up with a soft mat to play on and a bean bag incase he wants to sit and read.  Cover the sofa Using a washable throw is a great idea to protect your sofa from sticky finger marks and it can just be chucked into the washing machine. Tidy as you go along This is a habit that we need to start doing more often as it will save us a lot of time in the long run.
1 comment
Read more

July 05, 2021
We have been home owners now for almost 2 and a half years. In that time I must admit we have learnt quite a bit. To be able to afford our own home we had to relocate from Bedfordshire to Lincolnshire and we have no regrets as we love the area and we are a train ride away from bigger cities such as Lincoln, Leeds and Sheffield.
Post a Comment
Read more